Stone Brewing Company makes some solid, tasty brews, but you probably already knew that. I’ve always been a fan of Arrogant Bastard and I’ve recently come to like Go To IPA, but their flagship beer had long been the Pale Ale.

Much to my surprise, Stone announced that they intended to discontinue their Pale Ale and replace it with Pale Ale 2.0. Uproar, or maybe some mild message board chatter, followed.

So what did the amazingly-cool Stone decide to do for the Pale Ale fans that would be missing their favorite beer? They published the entire recipe for the world to use, scaled back to five gallon batches. This wasn’t some half-assed recipe – they included the exact blend of hops and yeast and malt down to the hundredths of an ounce. Simply one of the coolest moves by any brewery ever.

With that background, I grabbed a sixer of the original Pale Ale and toasted to discontinuation. 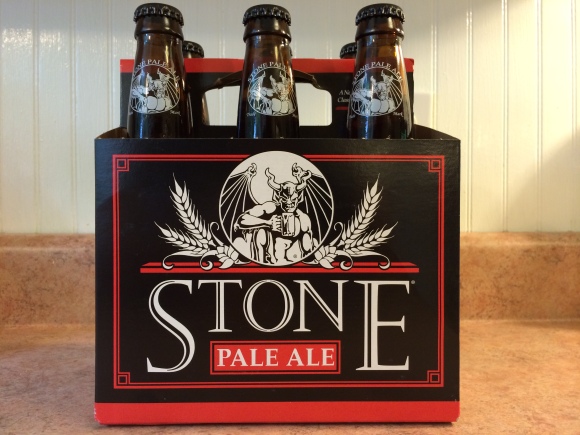 Stone Pale Ale – Soon to be a rare sight 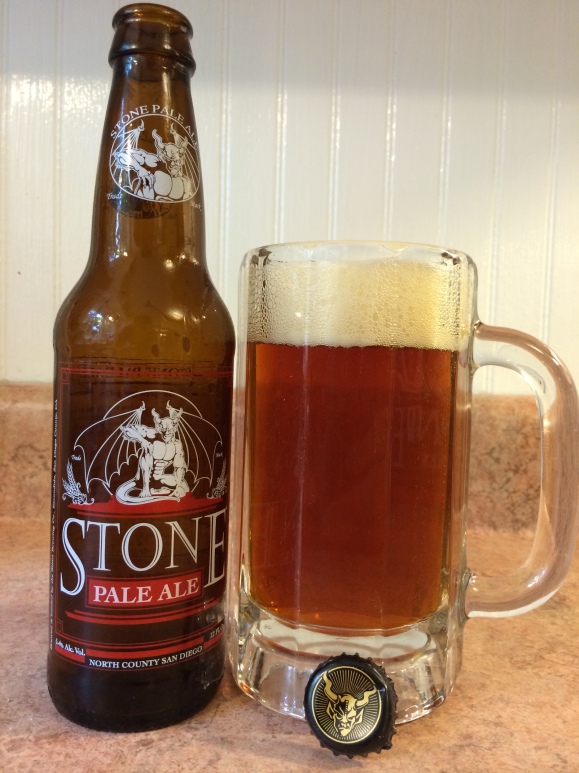 Stone Pale Ale in a glass stein, with my formica countertop and wainscoting kitchen wall.

As my beer sampling journey has progressed from PBR to knowing one style from another, I’ve become less of a hop head. This beer is right below the “too hoppy” threshold that would keep me from buying it again. Good hop flavor – the word here is balance. Quite smooth and not too bitter.

Not a session beer at 5.4 ABV but you aren’t getting ripped on these either of you are drinking them to enjoy them. I’m sad to see this beer go and also a little bummed that I discovered it late.

Definitely Drink This Beer while you can, but if you can’t… go support Stone by buying another one of their beers. Not every brewer would do a solid for their fan base by itemizing their beer recipe online, so give them a little love at the checkout line next time you’re looking for a couple sixers. Maybe make one a Stone.