I always wanted a dog growing up, but we never had one. The day we bought a house, I got a dog.

We went to the APA and found Sam (short for Samantha) at the end of July 2004. The people at the APA theorized that she was a Christmas 2003 puppy.

The dog did not like me at all. We know she came from a family with children, so the theory was that the father did not like her and finally had it before taking her to the pound. It took some time, but the dog became an integral part of the family.

The kids love the dog. They feed her, pet her, lay on her, sit on her, etc. 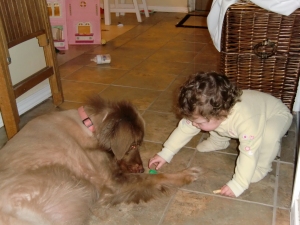 In the past few months, she has started acting strangely. After a series of frustrations, the vet tells us the dog has Cushing’s Disease. This means her poor behavior is organic, not related to her acting out.

So, out of sheer pity, I made her some BBQ dog treats.

I took some bacon and bologna and put a Large Milk Bone dog treat in the middle. The bacon wrapped around it all into a knot. 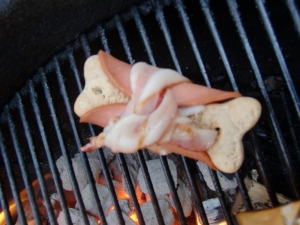 Doggie treat on the grill

It cooks indirectly for a while. You may want to cook it sideways to get the bacon knot cooked thoroughly. 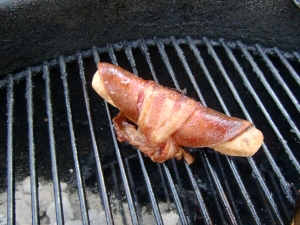 More effort than I should be expending

The end result was nice.

The kids liked giving it to Sam. The treats were well-received. 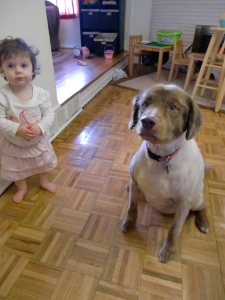 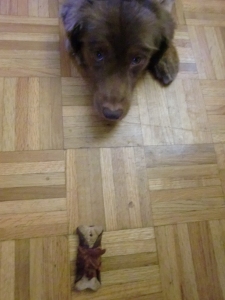 NB: The dog got on her hind legs and ate the olive muffaletta salad / gorgonzola cheese stuffed, bacon wrapped baby portabella mushrooms as they sat on a cedar plank waiting for the BBQ. Shit.